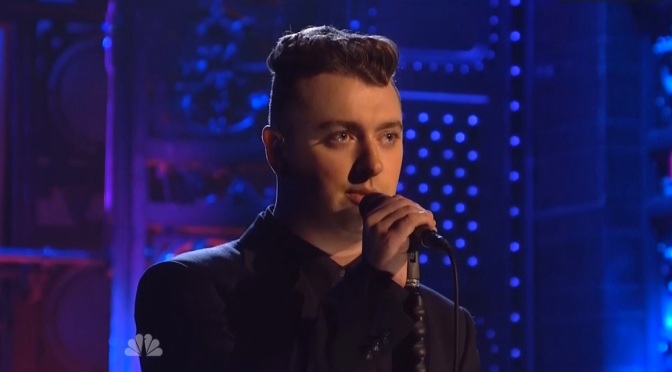 Saturday Night Live has been the platform for many a star creation. Belushi. Murray. Murphy. Myers. Farley. Ferrell. Fey. Fallon. Poehler. Meyers. Piscopo (Well, maybe not Joe Piscopo). The most successful guest hosts (Tom Hanks, Alec Baldwin) take advantage of the freedom of the sketch comedy show institution (and frequently the highest rated NBC show not associated with “Sunday” and “Football”)  to showcase their comedic range and acting chops. SNL musical acts are always a little bit of a wild card. You have your legends coming on to promote their longevity and boost ratings (Paul McCartney, Mick Jagger), legends who provide the nation a way to grieve (Paul Simon’s incredible rendition of “The Boxer” on the first SNL show after 9/11), musical heavyweights promoting a record (U2, Coldplay, Kanye), musical acts who host (Justin Timberlake, Drake, Britney), artists on the verge of arriving (The Lumineers), and artists who provide incredible unintentional comedy opportunities (Just watch this The Crash Test Dummies – mind you, this was a hit). The final category of musical acts, the almost complete unknowns to most viewers coming into their potentially career altering SNL appearance, either make something special of it (YouTube created Karmin came out of relative obscurity to perform on a 2012 SNL show and subsequently made themselves into a viable commercial success) or fall to even greater obscurity (where did you go, Alabama Shakes?).

This past weekend, Louis C. K. hosted a show with a musical act from the latter category. When I first heard that “Sam Smith” would be appearing alongside my fellow Newton North Tiger alumnus, Louis C.K., the following questions came to mind:
1) Who is Sam Smith?
2) What other musical act cancelled in order for SNL producers to choose someone no one had heard of?
3) Is this the same Sam Smith as the long-time Chicago sports columnist?
4) If so, did Louis C.K. select him as some kind of off-beat extension of his standup act?
5) Will they actually have him perform twice?
6) What other things can I fit into my day now that my DVR re-watch will go that much faster after having skipped Sam Smith’s performances?
7) Again, who is Sam Smith?

Thankfully, I decided to give Sam Smith a shot and my future musical listening experiences will always be the better for it. This soulful, passionate, gorgeous vocalist is part Adele, part David Gray (in his majestic, ethereal tone), part dead ringer for early Culture Club Boy George, and all kinds of awesome. If you missed SNL this past weekend and were as in the dark as I was, let me introduce you to the light that is Sam Smith.

Watch to behold the majesty that is…